Skip to content
BikeE went out of business in 2002.
The Bicycle Man does not have any BikeE recumbents left, but may have parts to fit your BikeE CT, AT, RX, FX, E2, NX and RoadE.
We may have some used BikeE recumbents here.

The BikeE AT rear suspension recumbent design did not change from its inception to the companies’ demise. The AT was a BikeE with even more comfort due to its air-adjustable rear shock. On rough roads the rear shock’s 3″ of wheel travel was plenty. Properly set up you can even ride an AT down a curb without rattling your teeth.

At $1225 it was the most economical rear suspension recumbent available. One salesman at BikeE Inc. even took the AT off road, leading directly to the development of the BikeE FX. The rear suspension makes the AT slower, especially on climbs, partially due to its weight but more due to suspension “pogo” on hard climbing. This is common on rear suspension bikes and is worse when the shock air pressure is set low for a “plush” ride. Raising the air pressure in the shock can reduce it. That is the great thing about an air shock; you can tune to get the best from a particular design.

BikeE went out of business in 2002. If you like the idea of a BikeE with suspension take a look at the suspended (with suspension) Maxarya Ray 1 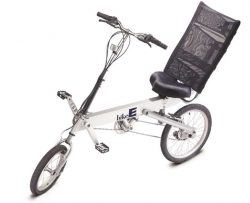 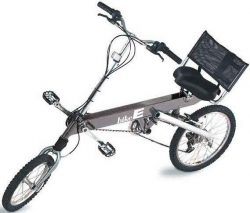 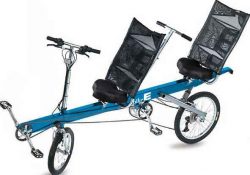 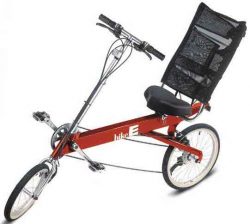 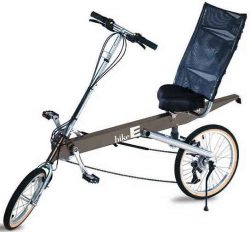 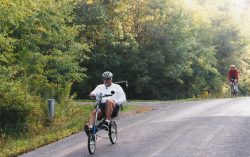 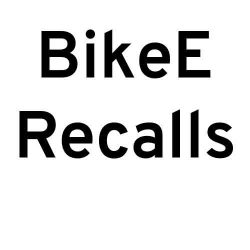