Skip to content
Sun has discontinued the EZ-1 Lite. We typically stock the Sun EZ-Classic which is the upgraded model or the somewhat similar Maxarya recumbents. Give us a call if you would like to come test ride one! The rest of this page is left for historical information.

The EZ-Lite has not been made in several years. It was an aluminum version of the steel Sun EZ-1. Available in subdued metallic blue or silver, its aluminum frame, seat clamp and handlebar brought the weight down to 33-lb a savings of 9 lb over the steel EZ-1. It also has lighter, faster, higher-pressure tires for lower rolling resistance and more speed.

It was not a race bike but if keeping up with fast riders isn’t one of your goals you may like it a lot. The current version of the steel EZ-1 is the EZ Classic SX which is very similar to the original with a few small differences that don’t affect the ride much. If you are looking for a similar but nicer bike check out the Maxarya Ray 2.

We also have Sun Recumbent Bike Accessories and Parts

Click on the links below to read more about the SUN recumbent bike and trike models. 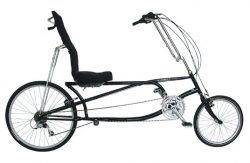 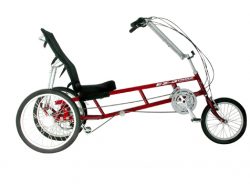 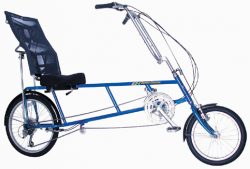 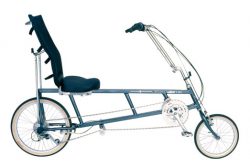